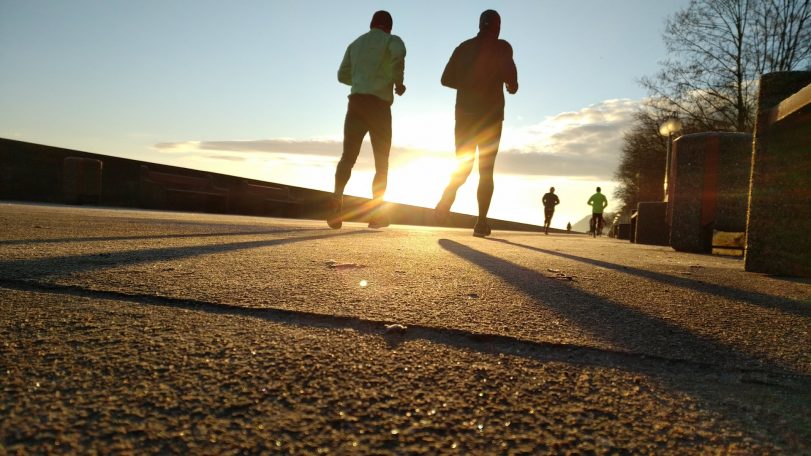 In November, Terry Baker will be running 100 miles in the South Downs Way run to support our youth employment programme.

Terry works for STR and Hotel News Now, who support the Youth Career Initiative, so Terry’s support fits perfectly with his role in the hotel industry.

“YCI placing and supporting disadvantaged people in the hotel industry just makes so much sense. The industry prides itself on taking raw talent and empathy and making that into the perfect hotelier. If I and YCI can help in that, by putting people who thus far had little luck in their lives but an abundance of caring and passion, that seems to me a worthy undertaking.”

Terence adds that he, personally, has had so much good fortune come his way writing about the hotel industry, YCI’s work is something he very much feels support for. This is his second time supporting our work via his passion for long-distance running.

Here’s how Terry is getting on in training:

I pulled back from fundraising in April and May as the world has other things it is concentrating on right now, but I will increase my fundraising efforts as we slowly return to the starting position on the road to normal.

My South Downs Way 100-mile run was due to have been this Saturday at 6 a.m. Writing now at Thursday lunchtime, I would probably have been in full-time nervous mode, checking and rechecking my running gear and nutrition, getting ready to take the train to Winchester to start the route to Eastbourne.

As with every other event on the planet, my event was postponed, until November. That will make the run very different. The run will start in darkness, and darkness will come around again maybe nine, or ten if we’re lucky, hours later. That means at least half if not more—what am I saying, yes, definitely more—of the event will be in darkness, but I think it will still be magical.

Yes, running huge distances is magical. The start will be a long line of twinkling head lamps. Runners will probably group together in twos or threes and run several hours of darkness together in silence.

When the postponement came I was not unduly saddened. Runners knew that it was unlikely the event would go on in June as planned, and I also got an injury. I have always been lucky with injuries. I do not get them, and when I do they disappear quickly, but an injury to my knee this time around simply would not go for over a month.

I iced it for two weeks, took ibuprofen and stretched. I cut back on distance and thought, well, no problems, I have six months before my run.

I am now back, which is nice. My first run back was an 8.5-mile loop along parts of the Green Chain Walk in Sydenham, Crystal Palace, Gypsy Hill, Norwood, Streatham and Dulwich, with 800 feet off elevation gain, and I finished in 1:01:20. No way will I be doing any part of the 100-miler in that time, but it felt good to run swiftly, and it also shows the importance of tapering (running-speak for doing no running in the last two or three weeks before a race, that is, after you have finished the training sufficient to complete the race in the time or condition you wish).

Just before my knee played up, I was regularly doing 20-mile training runs from my flat in Forest Hill to a chalky hillside nature reserve near Croydon. The purpose of running there is that it is beautiful and one of the only sites in England for the mega-rare Glanville fritillary butterfly, which I had never seen.

Ironically, lockdown—firstly the allowed once-out-of-the-house-per-day run, then the unlimited outdoor permission—has meant I have been able to get to this site more often this year than in previous years, when there was always something else to do. I always has been unlucky in my search for that particular species. This year I have followed reports of caterpillars and pupae far more carefully and timed my run to reach likely sites at the correct time of day, and on 2 May I was rewarded.

Anyway, that is my little bit of natural-history and running joy for this crazy time. Now, I can go back to more of a regular running schedule, and also a lot more stretching.

It has certainly been a tough month for everyone. I hope all of you and your families are well. When I wrote my last training update in early March, we all knew that COVID-19 was serious, but I do not think anyone realised what a complete and utter change it would all be.

Firstly, my 100-mile run is still on the calendar for 13 June. The organisers have been in touch with everyone, and they said if it cannot go on in June, the event will take place on the 6-7 November. This would mean a lot fewer hours of daylight – down from a possible 18 hours on a clear night to maybe 10 – and the need to carry additional spare batteries for the main and backup headlamps that are part of the mandatory runners’ equipment.

We are all allowed out once a day, and there is no prize for guessing how I spend my one excursion. If anything, I can concentrate more on running, having gained – as with so many of us – two hours additional time not spent commuting.

I have a large array of possible runs, all from and to my flat, so I am targeting those lonelier streets and quieter wooded areas, socially distancing and keeping well to myself.

I did run a 28-mile round-trip to my 80-year-old parents to hand over some hand sanitiser. They came to the door, I sat on a stool outside and washed the containers with bleach and water, squeezed some of the Purell I had brought along with me onto my hands and started the 14 miles back home. Crazy world!

I held back a little from my fundraising efforts during the first weeks of lockdown, but have re-started. I know these are odd times, but charities are also hurting, and among the most vulnerable to COVID-19 are the people that YCI helps.

Thank you all so very much for your kindness.

To support Terry in his running and fundraising efforts, please visit his donations page.

I had a good base to begin with—I have been running all my life, with 23 marathons, a 100-kilometre run from London to Brighton and a double crossing of the Grand Canyon under my belt, as well as countless other races of differing distance—but in recent weeks I have been upping the mileage.

Today’s training route is about discipline, I think, and this is one thing I am learning about training for 100 miles (161 kilometres). Do not think of distance, think of loops, in my case six of them around the hills of Sydenham, Dulwich and Forest Hill. I can finish the next loop, and then when I do the one after that is only 4.3 miles of running. I can do that, too.

There are two major climbs, the first up Wells Park Road, the second three miles farther up Sydenham Hill. I would walk these two hills, using that time to eat something, and then I would carry on running on the flat, downhill or rolling terrain. One section through Dulwich Wood was a little muddy, but that’s okay. The SDW course is 85% off-road, so who knows what I might expect?

One nice incident was when I reached the top of Wells Park Road for the third time. There is a barrier there stopping motorised vehicles from descending a pedestrian-only path. I slowed down to let a pedestrian through the barrier, but he politely signalled to me to go first. Then he asked how far I was running. “Go, go, go, go, go,” he replied smiling, raising his arms, when I told him, and this just made me feel very happy for the rest of my miles.

I called my wife Francesca when I had 30 minutes of running left, and she joined me in very small Baxter Park, which is right behind where I live. Francesca does not like to run quite as far as I do (let’s face it, few do), but she met me carrying one of our kittens, Super-black, as I ran six tiny loops of this park in order to get to 26.4 miles (42.5 kilometres), that is, a little more than marathon distance.

This took me in all four hours, and, yes, I really do enjoy running for four hours. Four hours is noticeably slower than my marathon PB (having lived in New York City for 20 years it is difficult for me to refer to Personal Bests, rather than PR (personal records)), but that is the entire point. A marathon PR will—should—part-destroy you, while I now need to remain running as long as possible while feeling comfortable. The discomfort will no doubt come at some stage, but to delay that is to follow the theory that humans were designed to run for a long, long, long time, armed with sweat glands and hunger, to capture prey—in the days before Tesco Express meant that was no longer necessary.

The next stage of my training will involve much of the above, but also no rest the following day. Perhaps 40 miles on a Saturday, 20 on the Sunday. I’ll look at this sentence many times before I will find the strength to do this, but it is possible. I think it has to be.

To support Terry on this epic feat, please visit his fundraising page

This article was published when Sustainable Hospitality Alliance was known as International Tourism Partnership (ITP), part of Business in the Community (BITC). 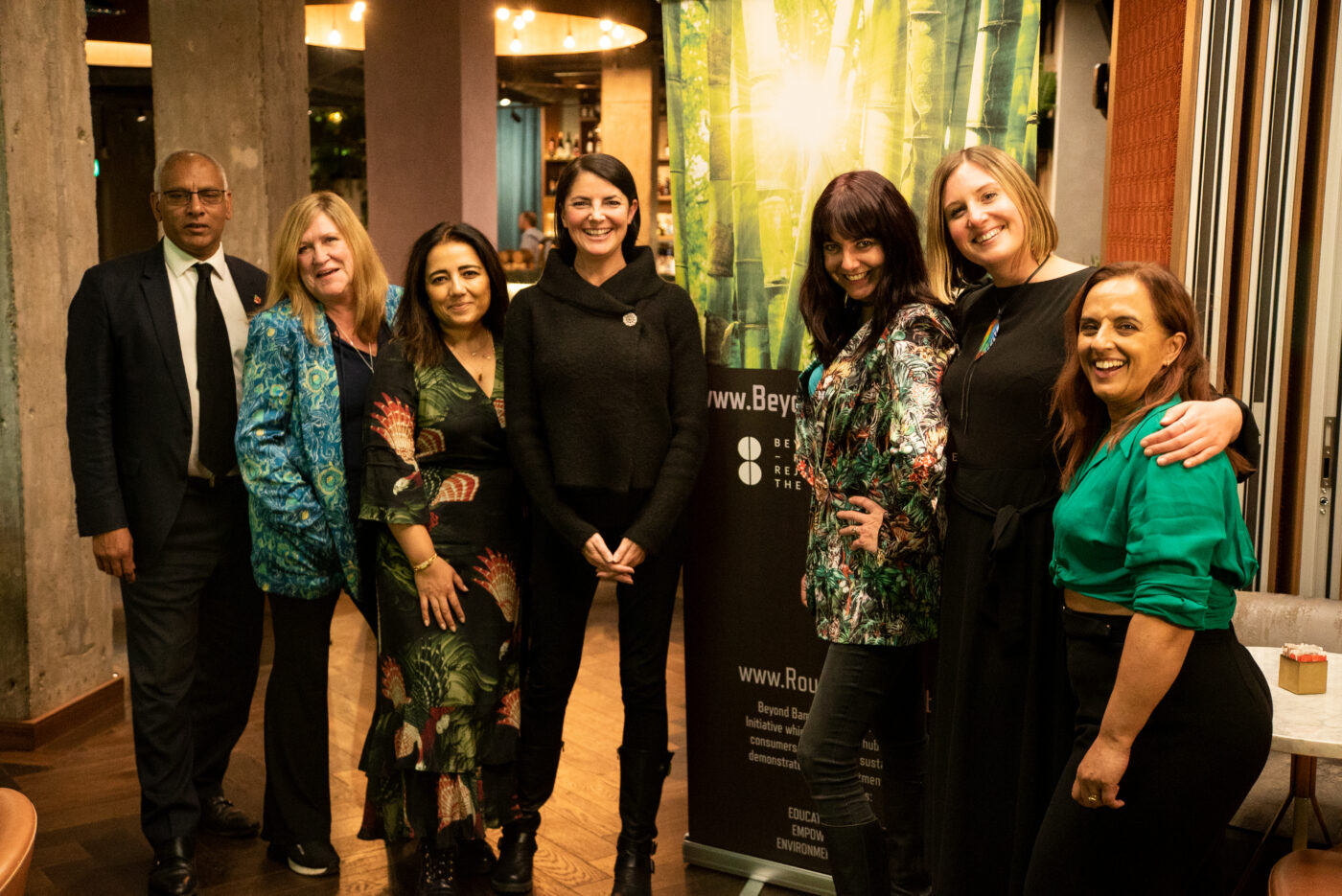 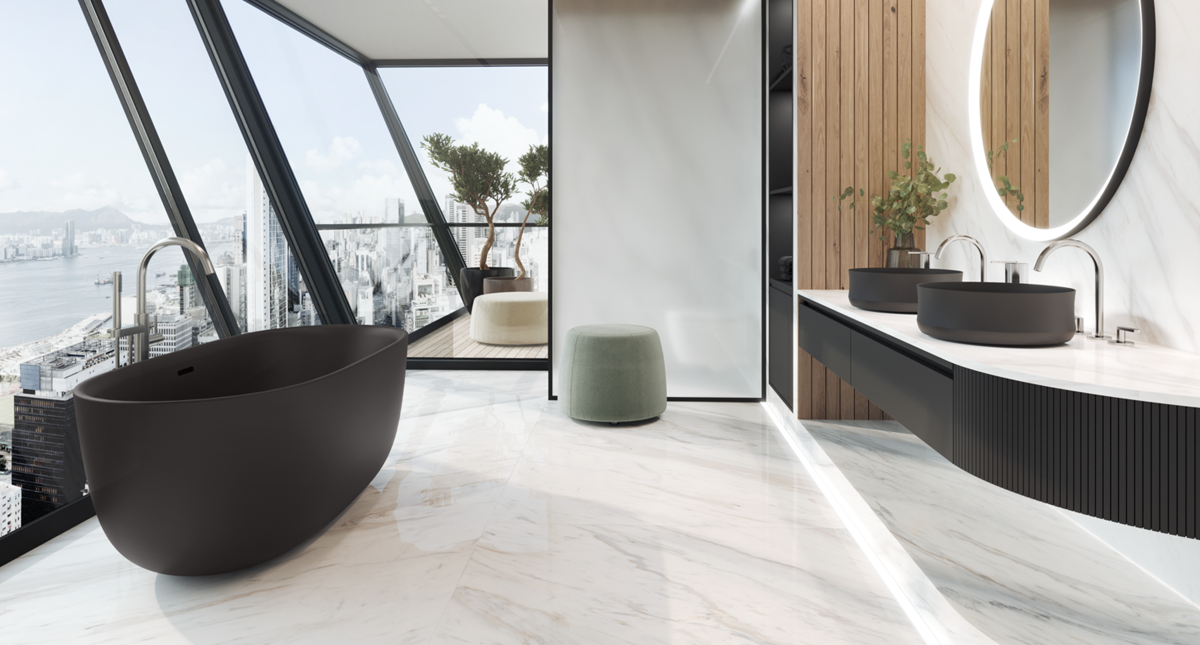 The Alliance is pleased to welcome climate-friendly bath manufacturer, KALDEWEI, to their global network for responsible hospitality.
KALDEWEI joins the Sustainable Hospitality Alliance to help the progression of sustainable innovation for a better world
How can the hospitality industry support education for disadvantaged people? 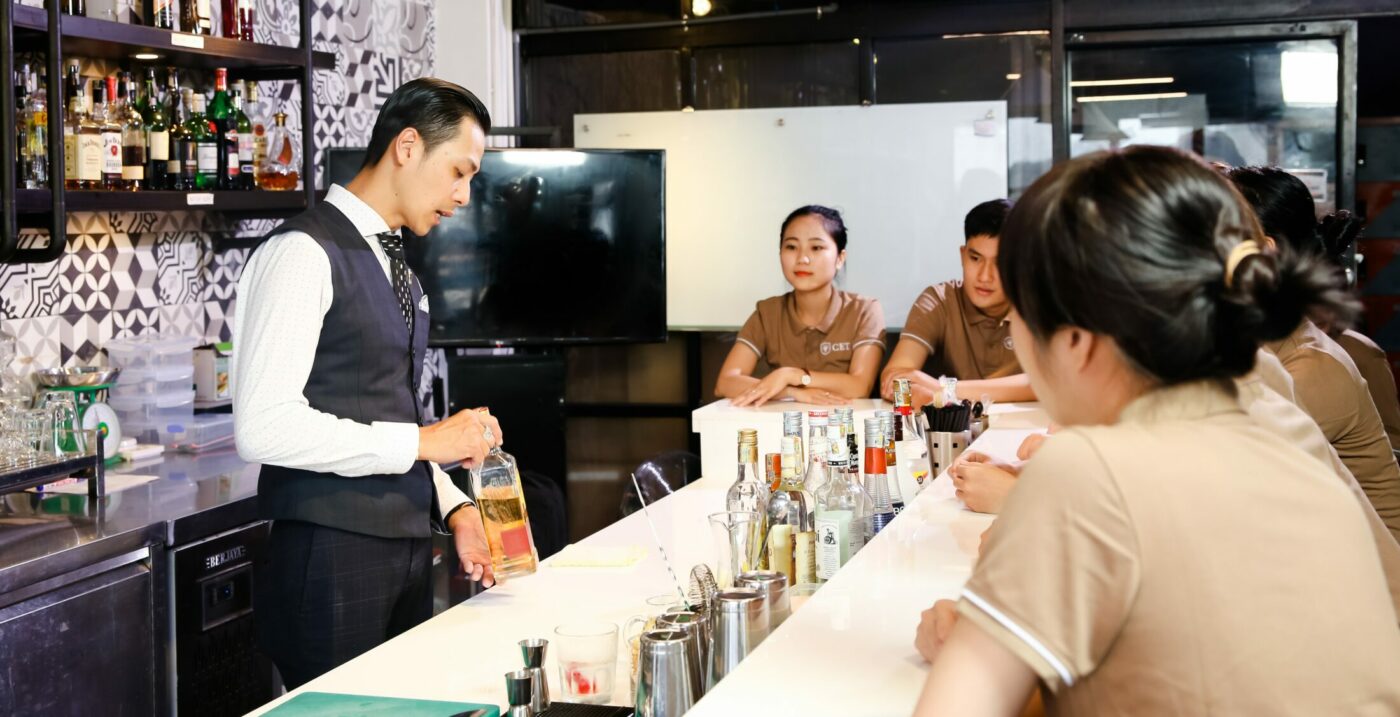 How can the hospitality industry support education for disadvantaged people?

Sustainable Hospitality Alliance CEO, Glenn Mandziuk, shares his thoughts on how and why hotels should upskill those who can't access formal education.
How can the hospitality industry support education for disadvantaged people?