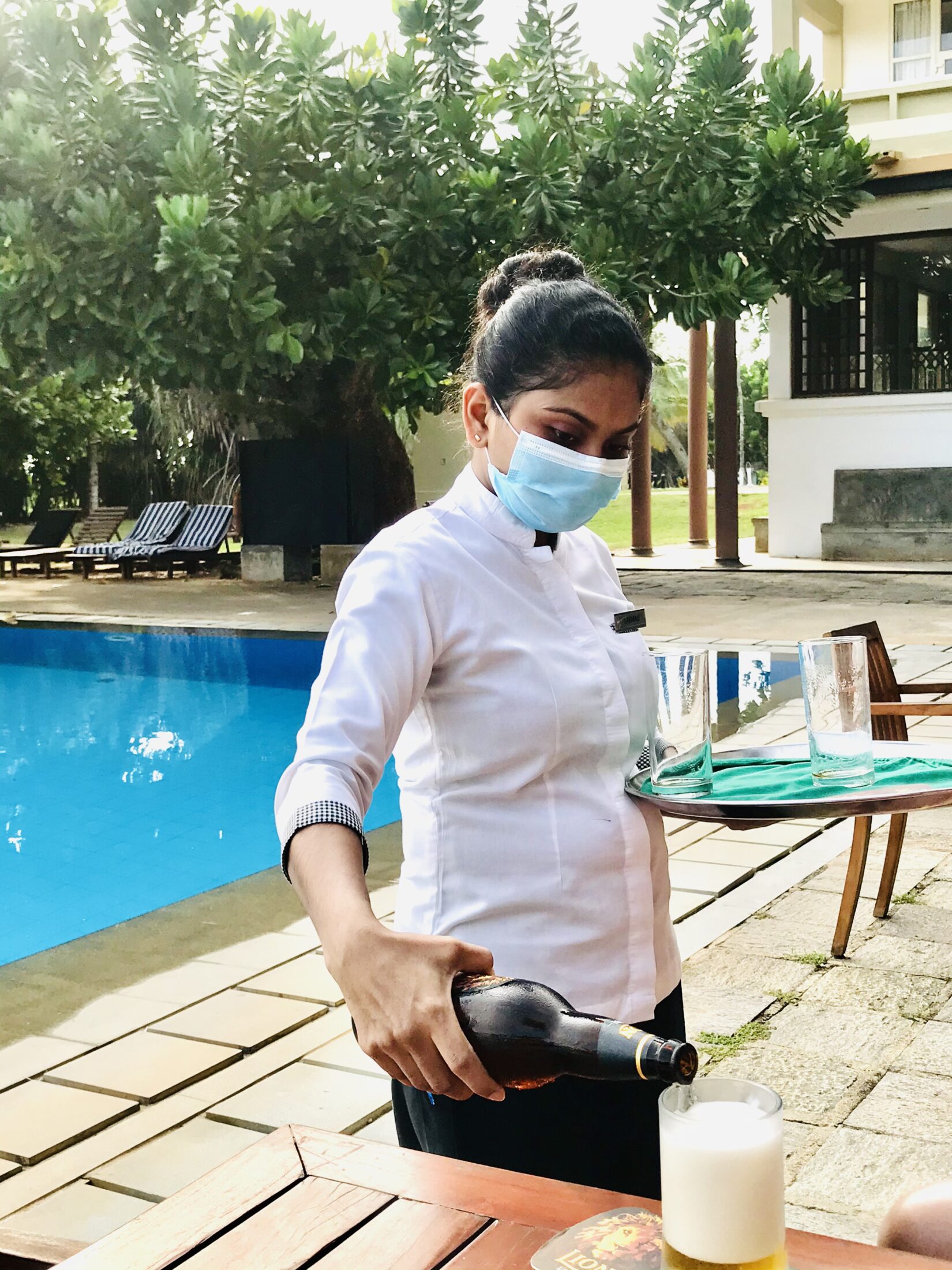 “I realised that I was extremely interested in beverage studies and how to make cocktails and other beverages.”

Shanthi* grew up with her family in a remote village in Sri Lanka. Sadly, she lost her mother in an attack on her village during the civil war. In the years following her mother’s death, Shanthi’s father found it difficult to take care of his four children; he didn’t see the value in educating his daughters. So, the children were taken in by SOS Children’s Village – a community with dedicated foster parents to support and care for vulnerable young people.

Growing up in the SOS Children’s Village, Shanthi became curious about the hotel industry after watching her friends train in housekeeping and food service. She got the opportunity to intern at a bakery, followed by a training placement in a hotel in Colombo. However, this coincided with the terrorist attacks in Sri Lanka in 2019. Shanthi’s job search came to an unforeseen halt, and she started looking for other opportunities to train as a hospitality professional.

With the launch of the TUI Academy in Sri Lanka, in collaboration with Sustainable Hospitality Alliance’s employability programme, Shanthi was able to follow her dreams once more. Her journey towards a fulfilling career began with two months of skills training in hospitality, English, and life skills such as communications, customer service, and health management at Aitken Spence Hospitality School. During the training, Shanthi felt motivated, competitive, and always eager to learn.

“I realised that I was extremely interested in beverage studies and how to make cocktails and other beverages.”

Shanthi then moved to practical training at a local 5-star hotel and enjoyed putting into practice the theory she had learned during the classes. Shortly after finishing her training, she got the opportunity to join Cinnamon Hotels & Resorts, a prominent 5-star hotel as a waitstaff. She’s been in employment since November 2021 and believes the youth programme and her training laid the foundation for her career aspirations. Today, the appreciation she receives from guests and colleagues alike has motivated her to explore other areas of hospitality and strive toward her goal of becoming a hotel manager.