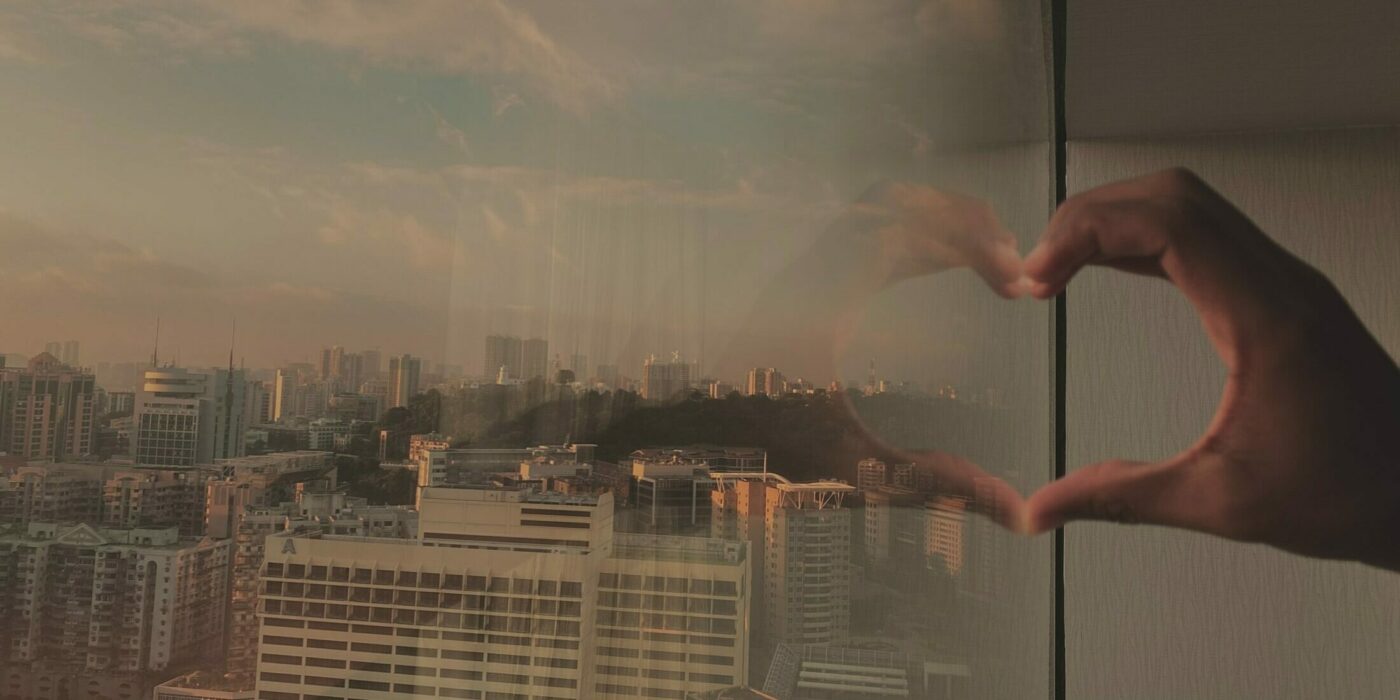 We are hosting an exclusive high-level Summit, for members and strategic partners on Net Positive: Hospitality with purpose, for people, planet and prosperity

30 years of collaboration for a better world

This October we’re bringing together senior leaders from across our membership and partners for our Net Positive Summit. Over the course of the event, we will:

We are honoured to be joined by these inspirational speakers, who will share their expertise on working together for people, planet and prosperity. 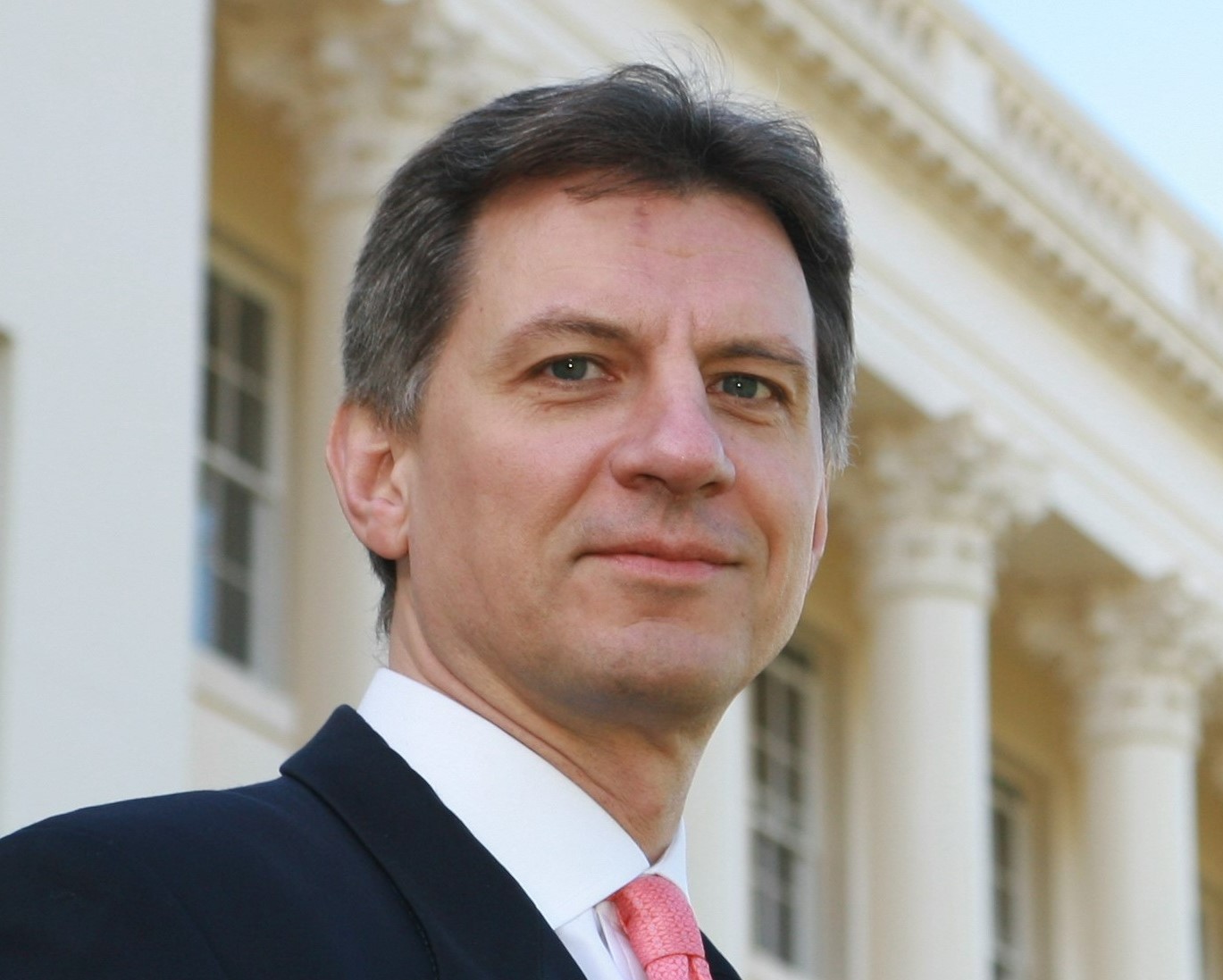 Michael Nowlis is the Programme Director – Leadership Programmes for Cambridge Institute for Sustainability Leadership (CISL), University of Cambridge. For over twenty years, Michael directed the Cornell University MBA and executive programmes in New York and Paris. He also previously served as Director of London Business School’s Senior Executive Programme. In his executive education and consulting activities, he has worked extensively in the technology, tourism, security and healthcare industries. 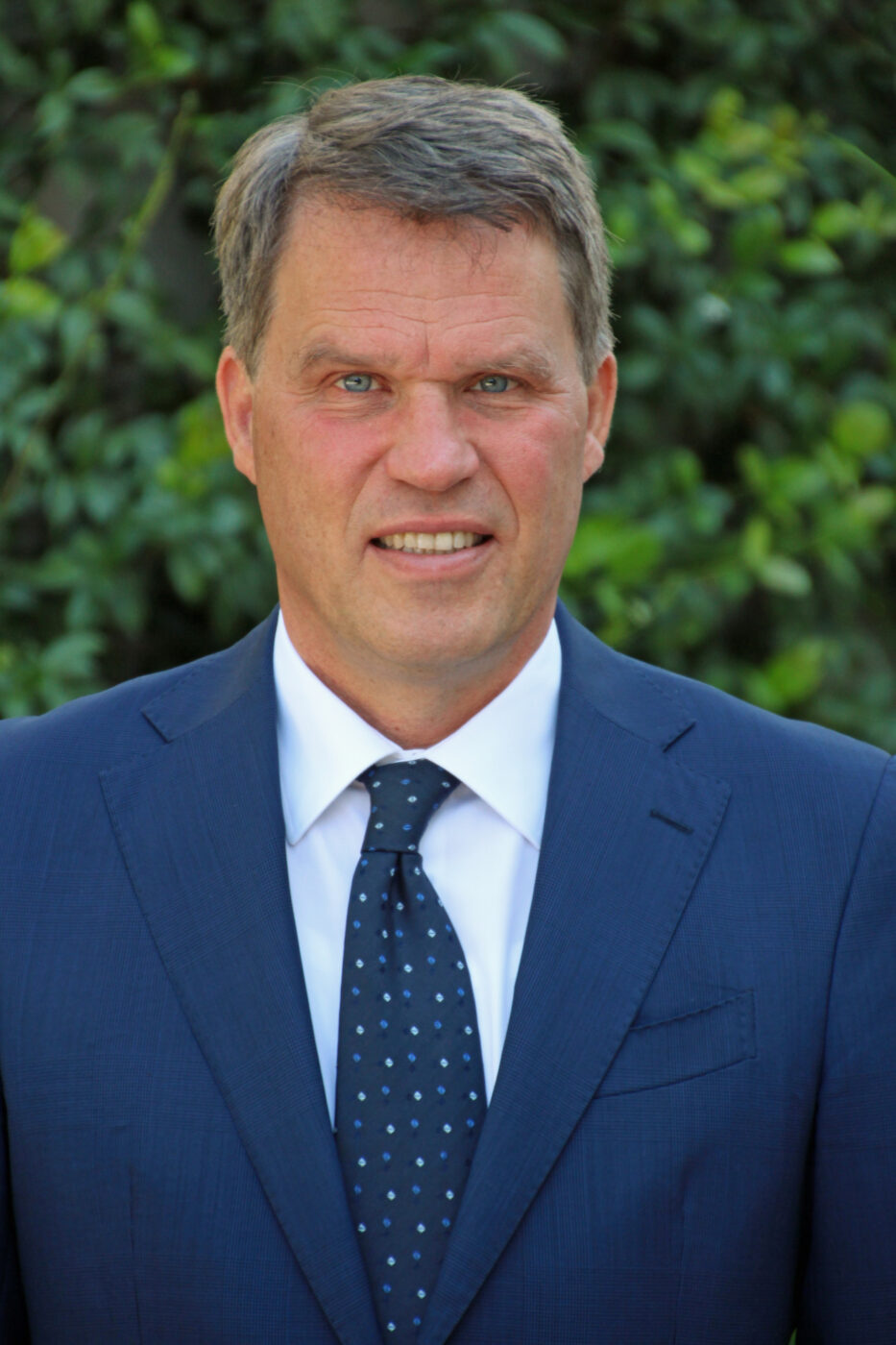 Dr. Dirk Glaesser is Director of the Sustainable Development of Tourism Department at the United Nations World Tourism Organization (UNWTO). Under his supervision, the programme addresses the challenges and opportunities of sustainable tourism development, including climate change, sustainable consumption and production, health emergencies, biodiversity and travel facilitation. It also promotes safe travel behavior and has closely monitored various health emergencies, from SARS, Pandemic Influenza A (H1N1) 2009 to the most recent COVID-19 outbreak, and their impact on travel and tourism.

He joined the World Tourism Organization in 1997 and has held various positions in UNWTO, among them Chief of the Risk and Crisis Management Department and supervisor of UNWTO’s Consulting Unit on Biodiversity and Tourism.

Dr. Glaesser is a banker by profession and a Colonel of the Reserve. He obtained his Ph.D. from the University of Lüneburg (Germany) and won the ITB scientific award for his work on Crisis Management. He is the author of a number of publications which have been widely translated. 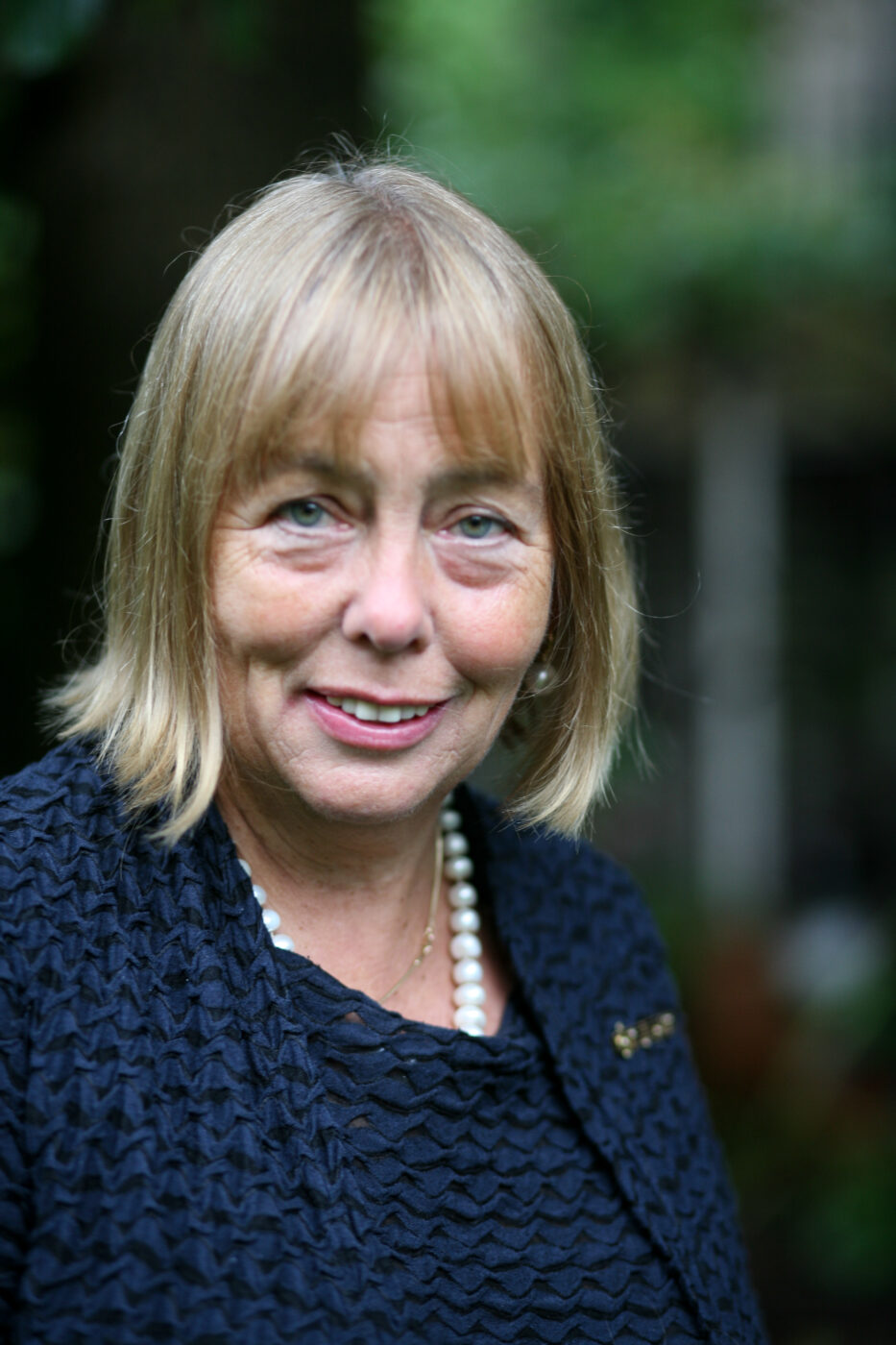 Dame Julia is a passionate and practical campaigner who has gained an international reputation for inspiring individuals and organisations to work together for the common good. As former CEO and now Vice President of Business in the Community and former Special Adviser to The Prince’s Charities, Dame Julia has advanced responsible business practices, focusing on connecting the unconnected in disadvantaged communities and promoting collaboration among senior leaders from business, government, education and community organisations. 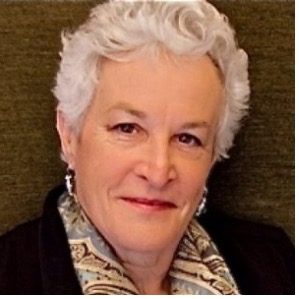 Founder of Conscious Travel and Co-founder of The Hive

Anna Pollock has over 35 years’ experience as a consultant, strategist and speaker. Anna is the Founder of Conscious Travel, a global network of host communities where tourism providers learn and collaborate to generate a higher net return for their business and host community. Described as irrepressibly curious, winner of a national “visionary award” and recognised internationally as an inspirational professional speaker, Anna digs beneath surface trends to make sense of the real drivers of change and develop the capacity for innovative responses.

We are honoured to be joined by these expert panellists, who are set to ignite vital discussions on leadership and collaboration 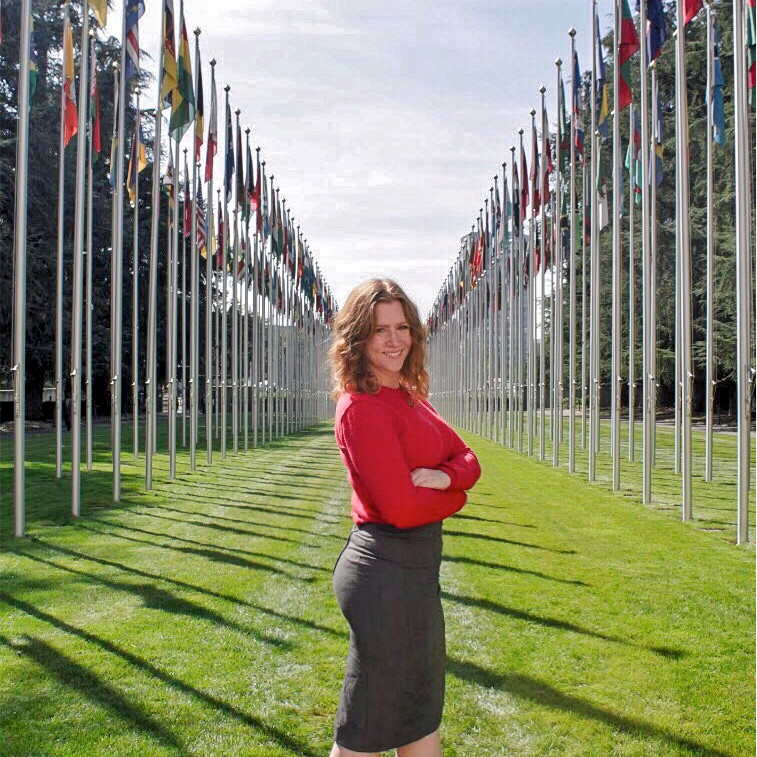 Sarah McGregor is a Project Manager at the International Organization for Migration (IOM) – the UN Migration Agency. Sarah has been with IOM since 2016 contributing to IOM’s work on Labour Mobility and Social Inclusion. Since 2019, Sarah has led the IRIS: Ethical Tourism initiative under IOM’s global multi-stakeholder initiative IRIS: Ethical Recruitment which was created with coalition of partners to promote ethical recruitment and support the transformation of recruitment industry to be fair for all. IRIS works with governments, civil society, and the private sector around the world. The engagement focuses on awareness-raising, advocacy and capacity building, migrant empowerment, recruitment regulation, partnerships, and certification for recruiters. 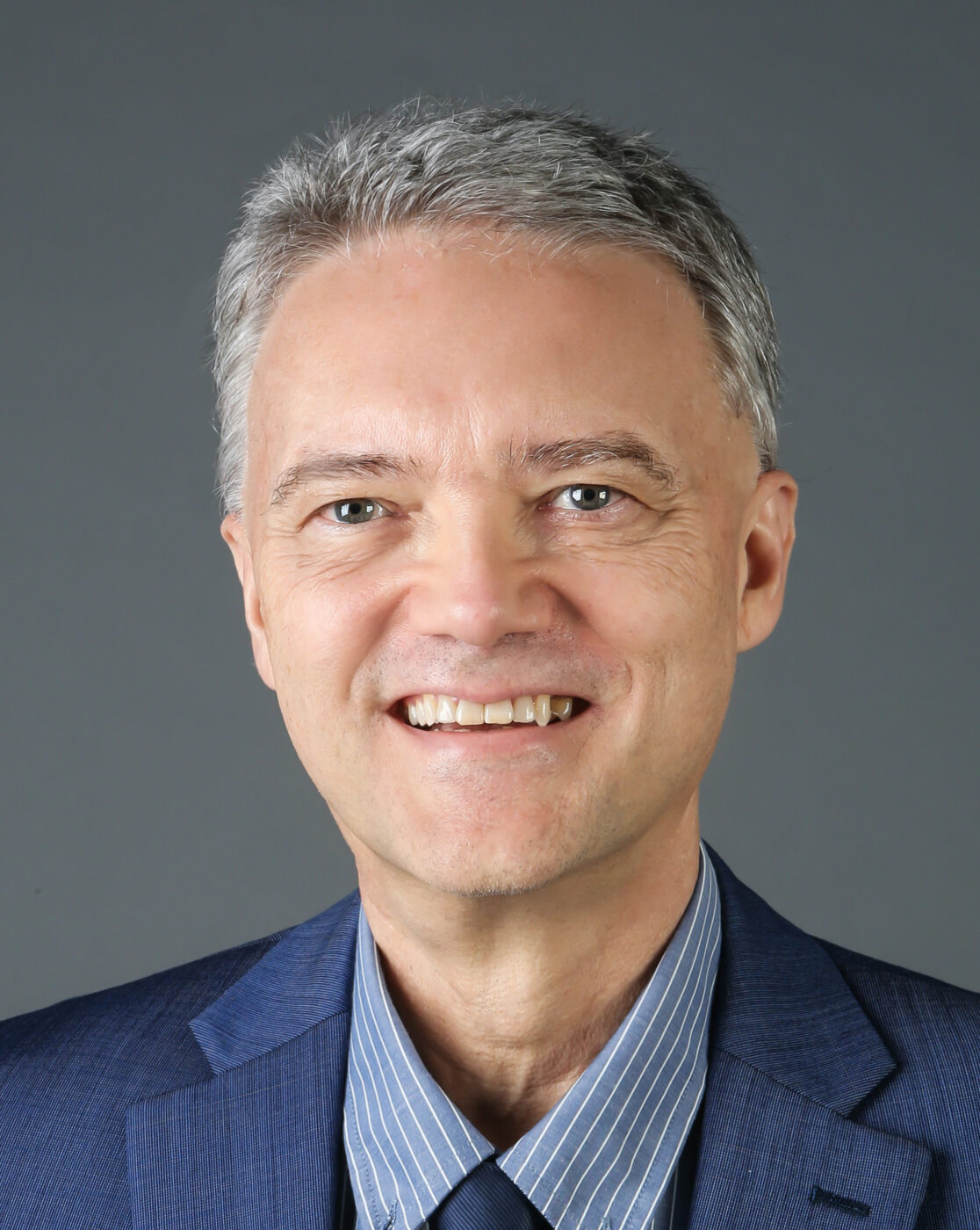 Randy Durband is the Chief Executive Officer of the Global Sustainable Tourism Council (GSTC), a UN-created NGO that establishes and manages global standards for sustainability in travel and tourism. The GSTC Criteria include guidelines for minimizing negative environmental, cultural, and social impacts while maximizing travel and tourism as a force for good.

Randy brings a unique blend of skills and experience based on two career paths he has taken in travel and tourism – nearly 30 years in the private sector, mostly in senior leadership positions with major tour operators including President of Travcoa, INTRAV and Clipper Cruise Lines, (brands within TUI Group), and Executive Vice President of Tauck World Discovery. His second career, now in its 2nd decade, began with economic development projects through tourism in developing countries in Southeast Asia and South America relating to emerging destinations including CBT and rural tourism, with UNESCO and ILO. He became CEO of GSTC February 2014.

Mr. Durband is a frequent speaker on sustainable tourism and has served on many tourism boards in Europe, North America, and Asia; and sustainable tourism awards judging panels including the WTTC Tourism for Tomorrow Awards, UN Environment Inspire Awards, and the PATA Gold Awards. 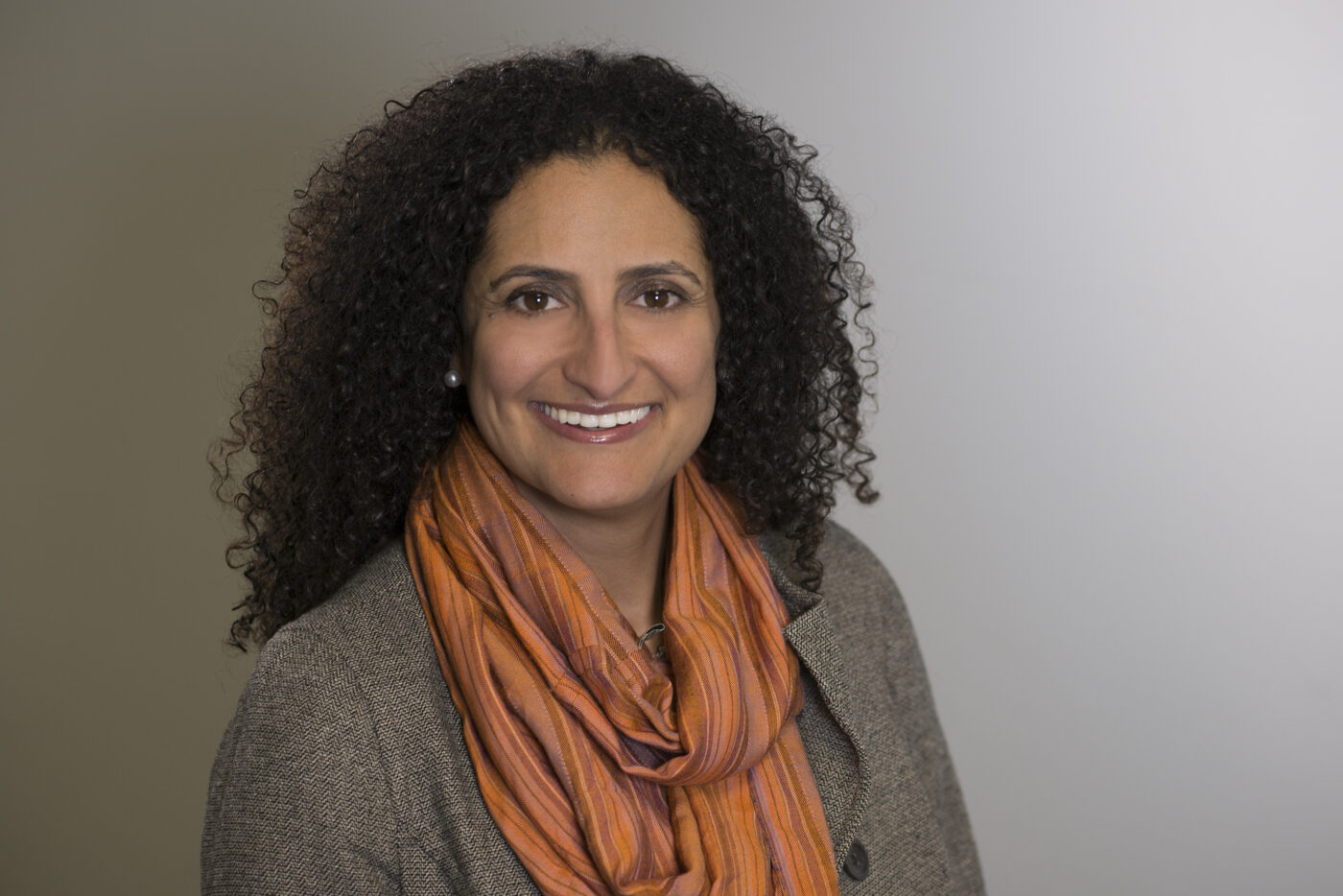 Originally from Cairo, Egypt, Denise graduated from the University of Oregon with a Bachelors of Science in Geography with an emphasis on human impacts on the environment. Denise became involved with Jean-Michel Cousteau’s Ocean Futures Society, implementing environmental education programs.

A decade later, Cousteau’s program took her to the Cayman Islands then eventually to Washington, DC as a member of Marriott International’s global operations team. Denise and her team lead the strategy, program implementation, and reporting for both sustainability and supplier diversity for Marriott’s 8000+ hotels around the world.

Naguib currently serves as Chair of the Board for WEConnect International, the global organization supporting women businesses around the world.  She is also on the Boards of The Conference Board’s Sustainability Center, The Ocean Foundation, Arbor Day Foundation, and Sheridan School. 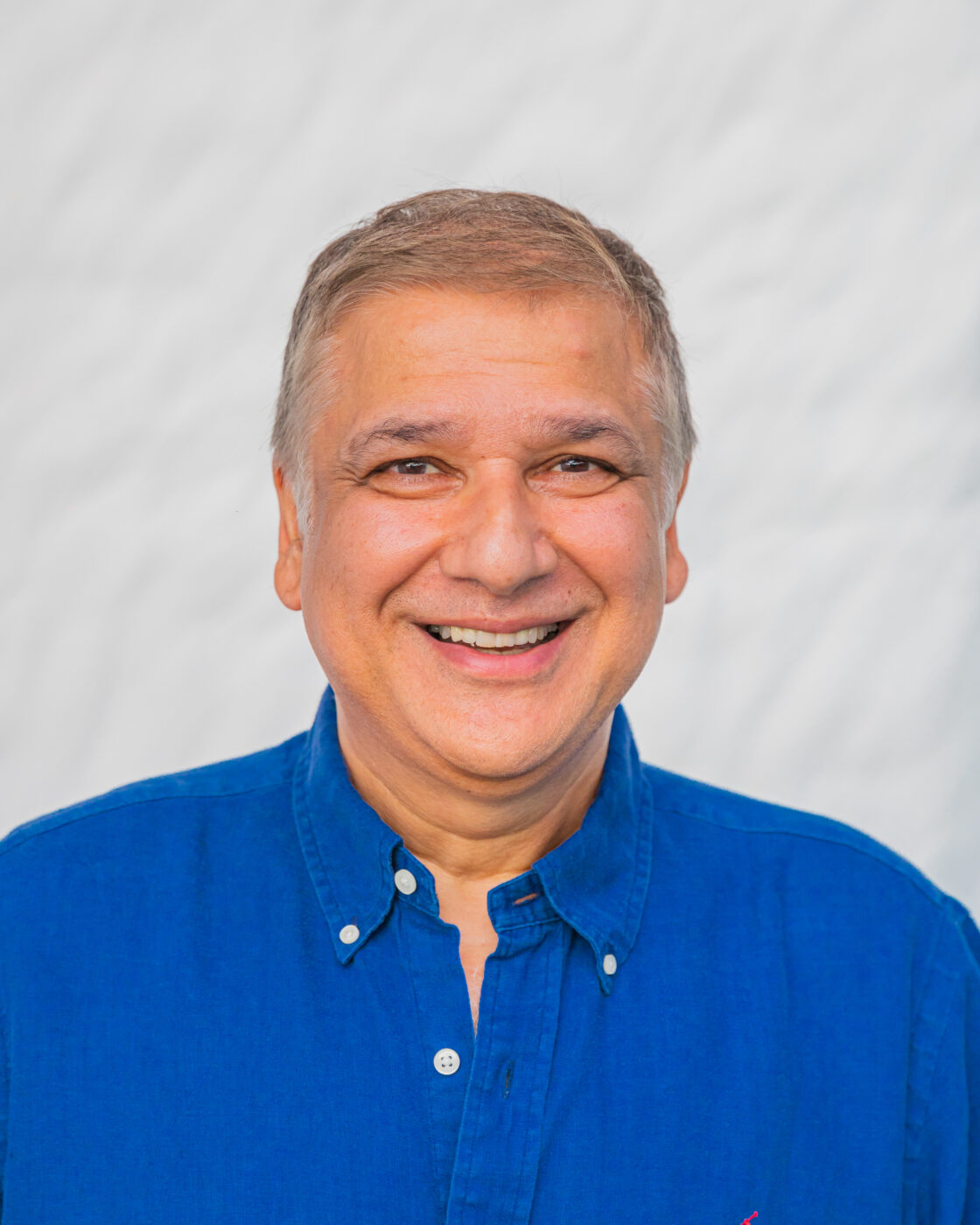 Avtar Gill is a Fellow of the CIPD (The Chartered Institute of Personnel and Development as well as being certified by the ILM (The Institute for Leadership and Management) and has held senior HR/Talent Management roles with GSK, Reckitt Benckiser, Novartis Pharma and GGC Consultancy before joining the Soneva Group in 2021.

Avtar is currently Chief Host Enagement Officer at the Soneva Group and has over 20 years of comprehensive experience in leading and managing HR, People, Talent and Organisational Development projects throughout Europe and the Middle East including workplace reviews, audits and assessments in the private, public and not-for-profit sectors.

Avtar is as passionate about HR as he is about his beloved Leeds United and the England Cricket Team. 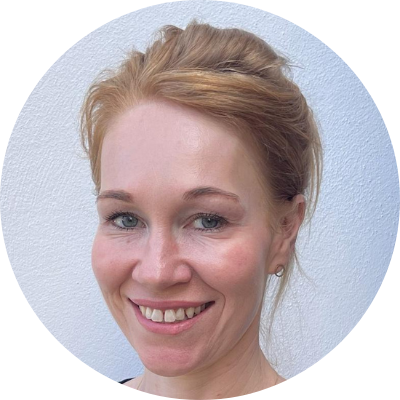 With over 15 years’ experience in the travel industry, working closely with leading hotel groups worldwide, Lizzy has an in-depth knowledge of the hospitality and tourism sector. She has a master’s degree in responsible tourism, and in addition to hospitality clients, she has delivered sustainable tourism strategies at a destination level, including West Kalimantan, Indonesia. As a senior sustainability advisor, Lizzy is confident in English and French and leads on Considerate Group’s services, products, and strategic projects. 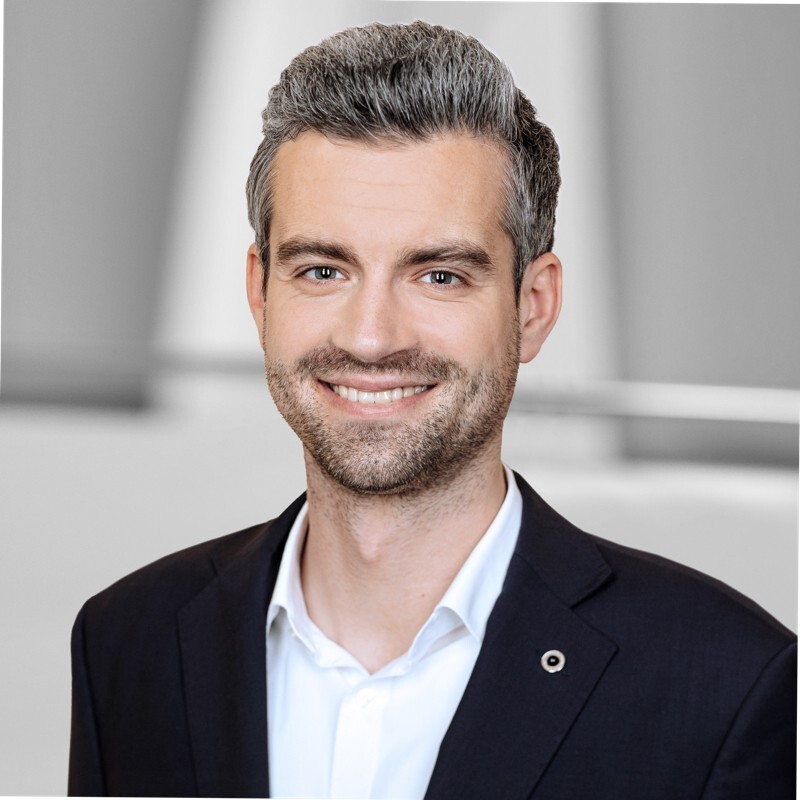 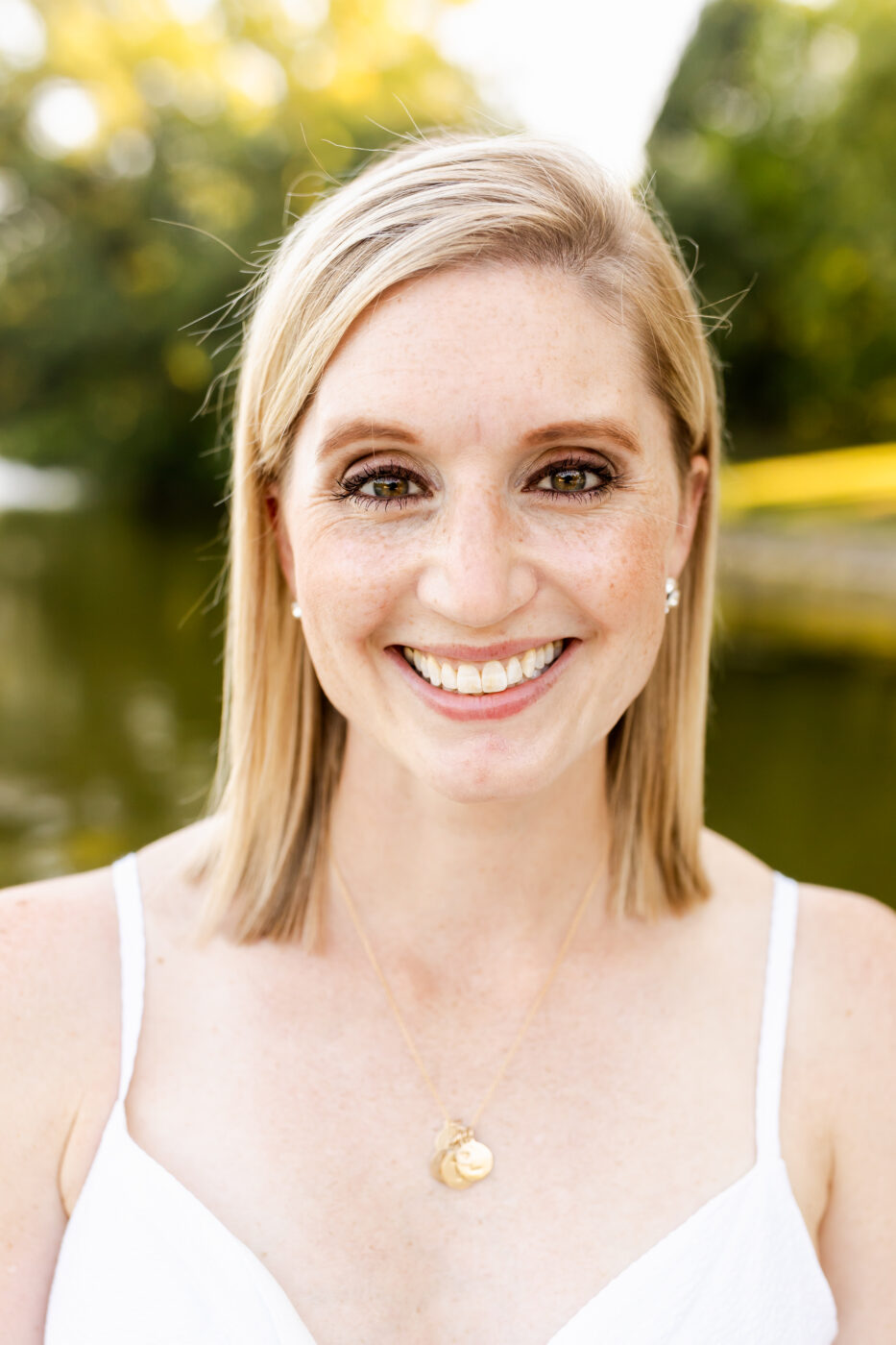 Prior to joining Hyatt in 2015, Jessica worked at Groupon on their Social Innovation Team where she established Groupon’s Employee Volunteer Program in North America and UK offices and developed their employee and community engagement programs to drive impact in the local communities where employees were living and working. She also worked in Fund Development at the Ounce of Prevention Fund, focused on early childhood education and development. 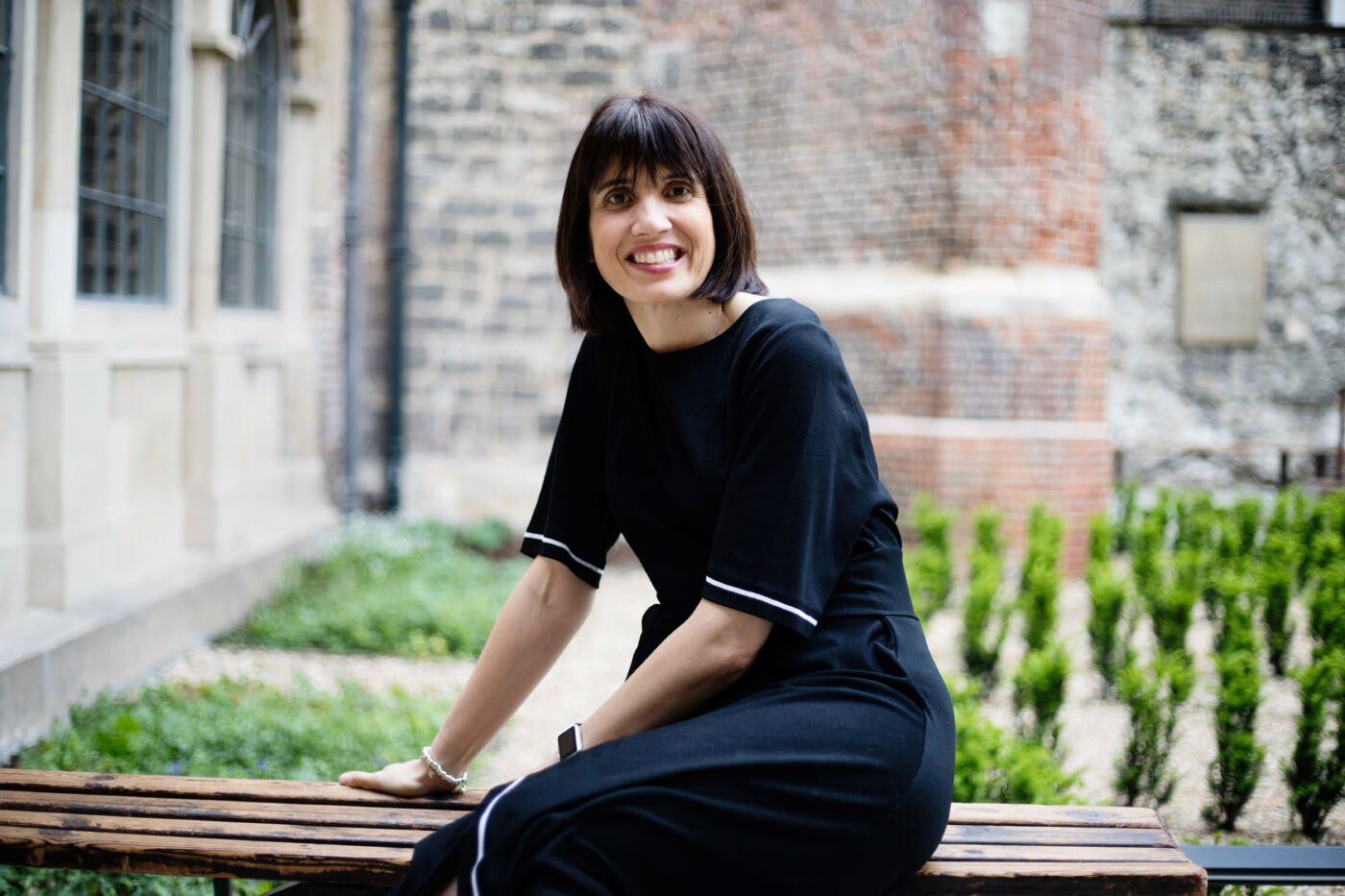 Stephanie graduated from University de Toulon et du Var – France in 1992. Wanting to further her studies in the hospitality industry, Stephanie completed a Master of Science in International Hotel Management at Oxford Brookes University in 1994.

In January 1998, she joined Inter-Continental Hotels. After two successful Conference and Banqueting roles within the group, Stephanie was promoted to Assistant Director of Sales. She worked at the Mayfair Intercontinental until 2002, when she was appointed to the role of Director of Sales and Marketing at Sofitel London St James. After being promoted to promoted to Hotel Manager at Sofitel London St James in January 2011, Stephanie’s hard work did not go unnoticed and in summer 2013, Stephanie was assigned her first General Manager role in Montreal Canada, as the first female General Manager in North America for the Accor Group.

Missing London, Stephanie chose to return to the UK in 2015, working for The Chelsea Harbour Hotel, Malmaison and since June 2018, she moved to the exclusive part of town, Marylebone, where she has been General Manager of London Marriott Hotel Marble Arch. Since July 2019, Stephanie is an active member of the UK South Marriott Business Council, where she leads the Community & Culture Pillar.

“Serve our World” is one of Marriott’s core values that guides on how the company does business. Stephanie embraces Marriott International’s “spirit to serve” both at hotel and company level and regularly invests in her local community, a core part of Marriott’s social impact and sustainability platform. She is an active, board member of the Marble Arch BID,   and mentor and Alumni member at Oxford Brookes University.

Net Positive: Hospitality with purpose, for people, planet and prosperity

The leadership we need for the future we want

How we can inspire and empower our general managers to implement sustainable and ethical practices at a local level.

30 years of collaboration for a better world

*Member attendees who are not part of these committees will be invited to join the relevant group upon arrival.

Back to Life: The Regenerative Power of a Net Positive Hospitality